Over the past year rapper-singer-dancer Lee Chae Rin, aka CL, has made her mark on American media. She’s been featured on the pages of Vogue, Elle, Forbes, Rolling Stone, and Dazed & Confused. CL, who started her career in the insanely popular K-pop group 2NE1, is now going solo — and her solo career is being handled by non-other than Justin Bieber’s manager Scooter Braun. As she enters the American market, CL has more on her mind than just music: “I want to represent Asian women,” she told Billboard. “I want to break that typical Asian female stereotype. There’s this standard where they’re all calm. I want to break that. I want to tell the world that there are some badass Asian female girls.” 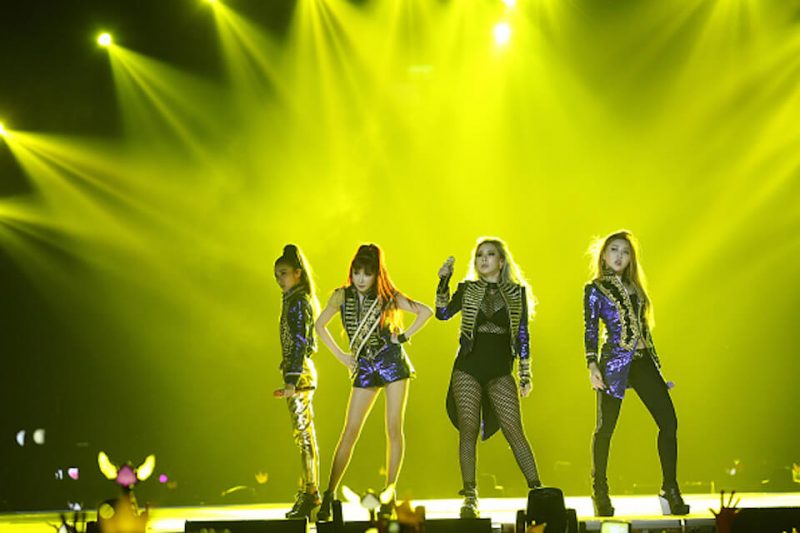 CL is a force, and there are way more than a few reasons that we will be seeing more and more of her as the year goes on. Here are just a few of them.

CL is the “baddest female.”
And that’s a good thing. The baddest female is what the 25-year-old performer calls herself. It’s also the title of her 2013 solo hit.

“This is for all my bad girls around the world,” go the song’s lyrics. “Not meaning bad but bad meaning good, you know.”

Within 2NE1, each member of the group had a personality and CL’s rough-around-the-edges persona could definitely be described as the “baddest female.” “2NE1 was special because we each had different characters and styles, for individual tastes,” she told Vogue. “I was the tough girl, the tomboy.”

CL also appears in Psy’s latest music video for, “I Got It From My Daddy.”

“CL is at this really great place where she’s able to synthesize K-pop’s energy with America’s demand for larger than life personalities,” Tamar Herman, a K-pop reporter, told HelloGiggles.

Having grown up in Paris and Japan, the singer is fluent in four languages. Her travels have given her an  international perspective which makes her well suited to being an international star.

“Because she’s singing in both English and Korean, CL is coming across blatantly as a Korean artist in America rather than a Korean trying to make English music. I think her musical style will resonate with both new fans and older fans of her music,” Herman said. “Rap is an American innovation and since she’s a powerful female rapper, and a good one at that, CL will be able to fit in well with the current trends. She’s fierce, she commands attention, and she’s a great performer, so the only thing left for her is to deliver on a phenomenal album.”

“Hello Bitches” was not CL’s only U.S. release in 2015. In May she released the song “Doctor Pepper” with Riff Raff and Diplo. Elle called her one of the breakout musicians dominating 2015.

CL and 2NE1 have some American celebrity fans.
In July 2015 actress Emma Stone appeared on Conan and admitted she was obsessed with K-pop. Other 2NE1 fans include Chloë Moretz, Justin Bieber, and Kat Graham of Vampire Diaries. Graham’s former co-star Nina Dobrev described 2NE1 as “badass.” The list goes on.

You may already know CL’s music from a Microsoft commercial.
With her silver tipped fingernails and wearing looks that evoke a space-age boxing coach and a futuristic Barbie doll, CL is center stage in the video for the song “I Am The Best.”

The song subsequently ruled YouTube, with more than 145 million hits, after being featured in a Microsoft commercial.

She’s a style icon.In her videos CL has worn everything from a highly stylized straitjacket to a Givenchy evening gown. Her insanely eye-catching style in videos and in real life have not gone unnoticed by designers. 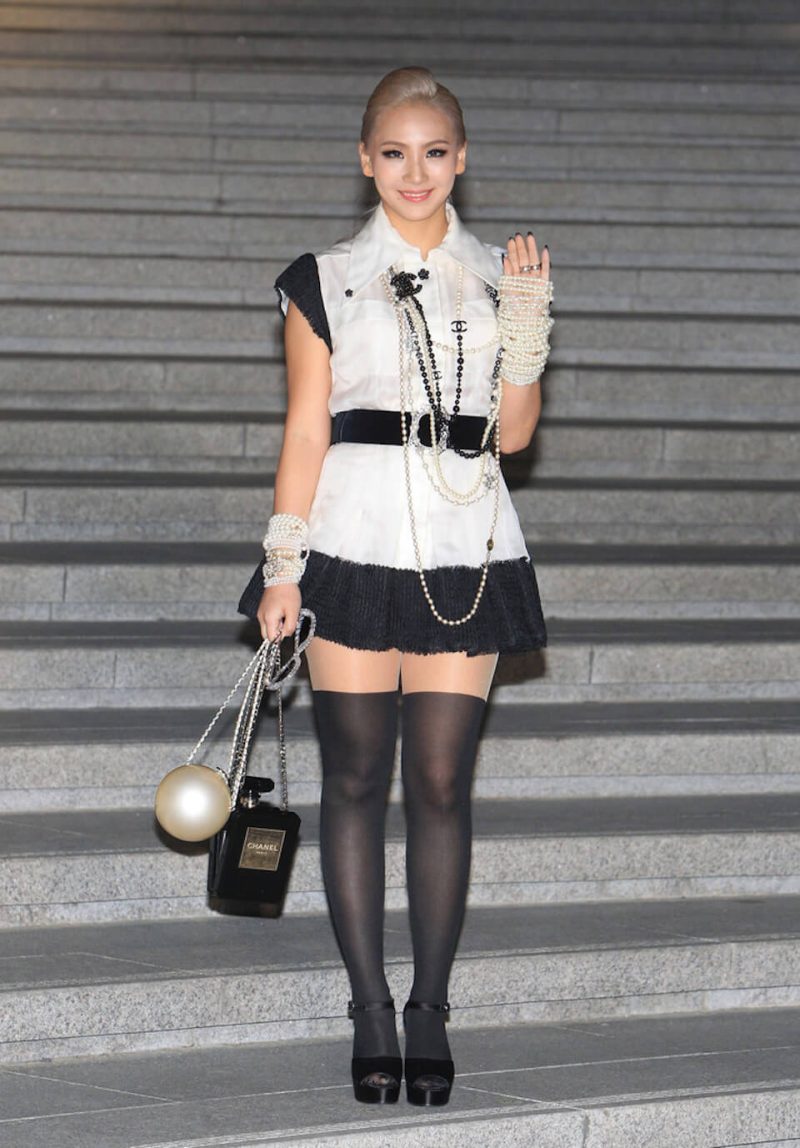 “Urban edgy is probably the best way to describe CL’s style,” said Herman. “She wears a lot of leather, a lot of metal, and they’re given to her directly from some of the most popular designers around, because she’s that perfect mix of casual and alternative, and that’s exactly what many of today’s young designers are looking for. Other K-pop artists aren’t really all that interested in exploring their own style, and she is able to command a room because of her empowering fashion sense.”

The singer walked the runway for DKNY’s 25th anniversary show and is a regular at fashion shows in New York and Paris. She recently wore zippered gold leather to the Harper’s Bazaar’s Icons party during New York Fashion Week.

She collaborated with Alexander Wang on his spring collection, participating in a filmed backstage party to demonstrate how much fun his looks were. She also arrived at his fashion week show with silvery gray hair, dressed in a grommeted black leather top and red patterned pants. 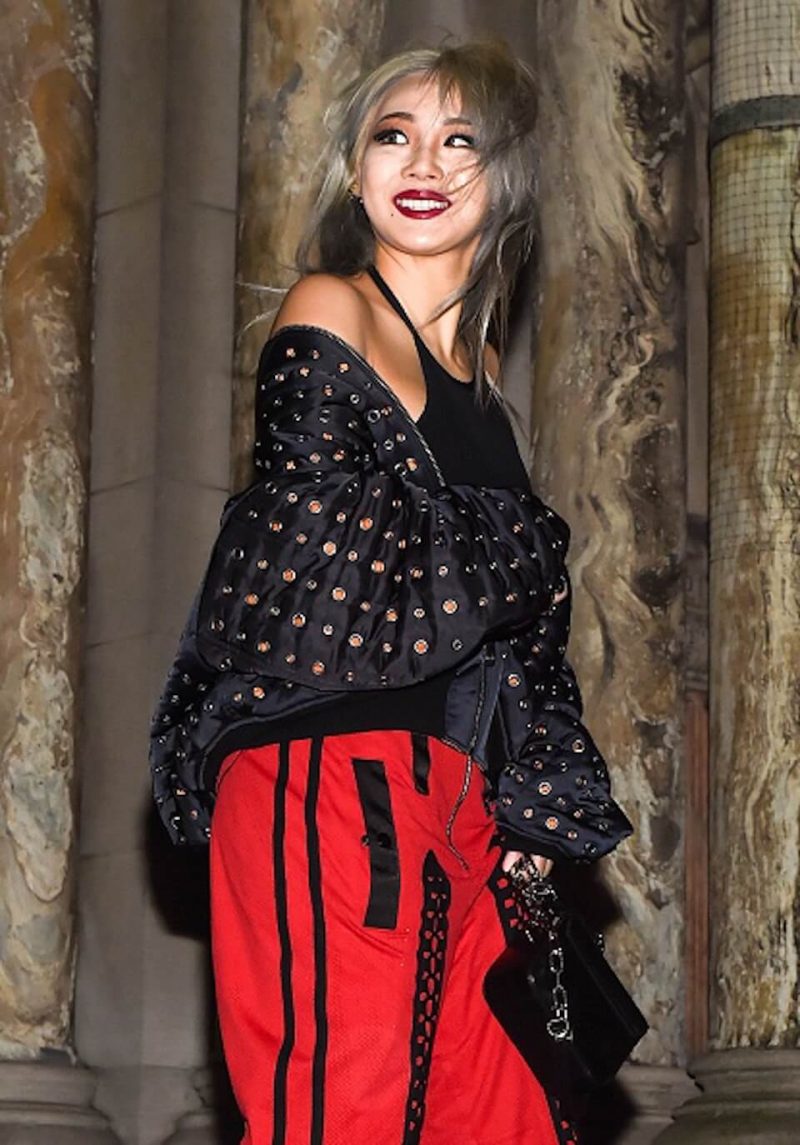 “CL is an individual first and foremost in a country and industry that asks for novelty but not necessarily differentiation, so she’s able to stand out and call the shots on her own terms,” Herman said.

Being The Baddest Female seems to be a very good thing.

This article was originally published at Hello Giggles:
http://hellogiggles.com/cl-baddest-female-good-thing/