While watching kdramas with a snack is always a good idea, it’s not wise to watch any of the following without something substantial to eat because these delicious dramas all focus on food.

In fact, you may want to eat something before you even read about them.

“Pasta”: This drama about an aspiring chef spends so much time in the kitchen and talking about various pasta dishes that you may develop a serious craving. It stars Gong Hyo Jin, currently making viewers laugh in “The Master’s Sun” but in this drama she plays a junior chef. The kitchen she works in is taken over by an abusive chef, played by Lee Sun Kyun, who played the composer cousin in “Coffee Prince.” He wants no women in his kitchen even though he likes Gong Hyo Jin. Fortunately, they are equally passionate about pasta. 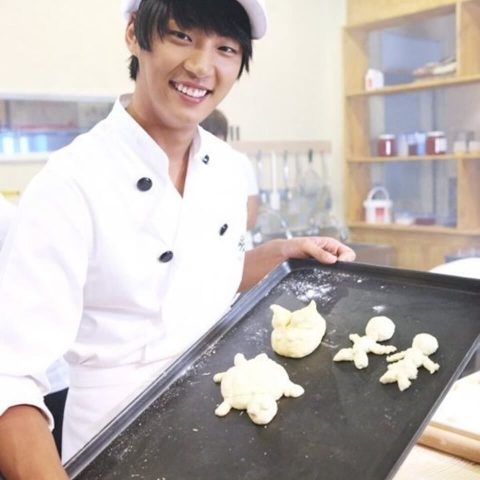 “King of Baking: Kim Tak-Gu”: After a few episodes, viewers may smell the sweet aroma of bread baking even if they live nowhere near a bakery. Characters in the drama, starring Yoon Shi Yoon, most recently in “Flower Boys next Door,” Joo Won, now in “Good Doctor” and Eugene, who appeared in “A Hundred Year’s Inheritance,” learn how to bake the most perfect bread and confections.

“Flower Boy Ramen Shop”: Before seeing this drama starring Lee Chung Ah, Jung Il Woo, and Lee Ki Woo, you might think that ramen is something that comes out of a packet, but once you learn the importance of makng real ramen, the next step is heading to the kitchen to create your own customized ramen dishes. You might even want to create one inspired by one of the shop’s flower boys, as the characters did in the drama. The characters also make kimchi and the kimchi kiss between Jung Il Woo and Lee Chung Ah is a classic kdrama food kiss.

“My Lovely Kim Sam Soon”: This drama could leave you craving mango mousse cake, which is how Hyun Bin first decides to hire pastry chef Kim Sun Ah to work in his restaurant. She smashes it into his face and he licks it off, an unconventional hiring procedure to say the least. In the drama, Kim Sun Ah’s ex-boyfriend even told her that he loved her because she smells like sugar.

And how about something to wash the ramen, pasta and pastries down with?

“Cinderella’s Sister,” starring Moon Geun Young, Seo Woo, Chun Jung Myung, and 2PM’s Taecyeon takes place in a traditional rice wine brewery and focuses on the creation of makgoli or rice wine. When you see the milky liquid brewing in the traditional clay pots, you may wonder if it is really as sweet as the characters think it is.

Do you have any favorite food-centered kdramas? Let us know.

This article was originally published at KDrama Stars:
http://www.kdramastars.com/articles/10240/20130826/kdrama-cravings-dramas-focus-food.htm