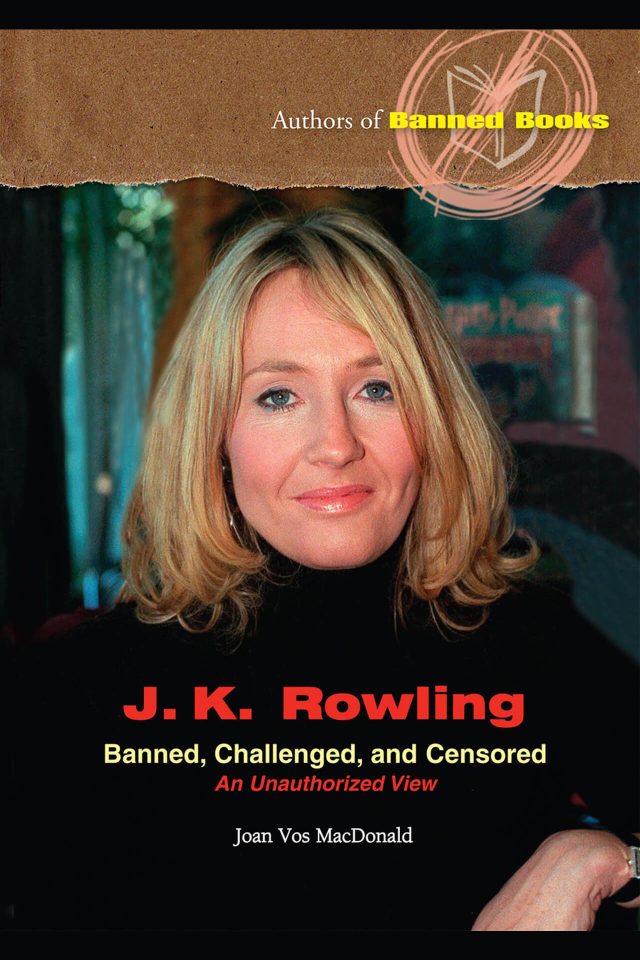 J.K. Rowling is the famous author of the Harry Potter books, which have delighted children and adults worldwide. However, some people contend that they endorse witchcraft and New Age religion, and they want the books banned. In J.K. ROWLING: BANNED, CHALLENGED, AND CENSORED, author Joan Vos MacDonald discusses censorship through history and of the Harry Potter books in particular. She provides a brief biography of Rowling as well as a summary and analysis of each of the books. She helps readers think about challenges to books and this helps them decide for themselves whether they should be banned.

Grade 6–9—This evenhanded account, peppered with occasional photographs, discusses why the “Harry Potter” titles have created such controversies in communities and libraries across the country and in Europe. Yet, the disputes continue. For example, while Pope John Paul II said that the stories see the difference between good and evil, Pope Benedict XVI disagrees, arguing that the books “erode Christianity in the soul…”and go against the teachings of Catholicism. A short chapter is devoted to Rowling’s life, but the real meat here is how the attempts to censor the books are dealt with. Each title in the series is summarized and explained. MacDonald tempers the complaints about Rowling’s works with evidence of vast amounts of support and enthusiasm for them. One sidebar lists how parents and young people can counter a challenge. A section offering discussion questions is appended. Students are asked, “What is Wicca?” and “Do the Harry Potter books promote this religion?” The answers can be found in the text. Amy Sickels’s Mythmaker: The Story of J. K. Rowling (Chelsea House, 2008) offers some of the same information, but doesn’t delve as deeply into the challenges that the “Harry Potter” books have faced. Fine for reports and browsing.—Anne Chapman Callaghan, Racine Public Library, WI